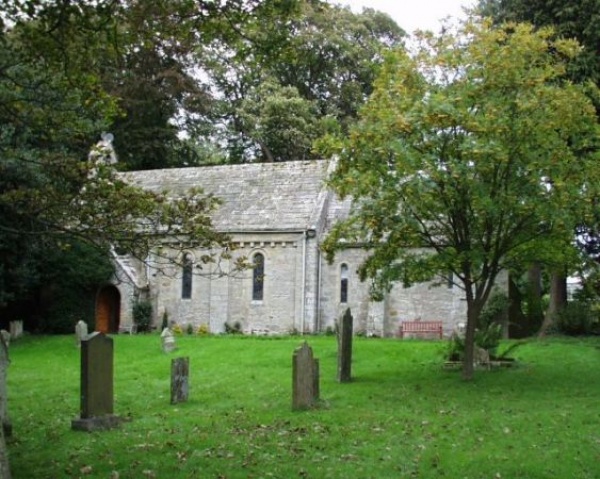 St Edmund’s was built around 1150, possibly on the site of an earlier church. It is tucked away on the western edge of the village with views over the fells from the churchyard. This is a peaceful spot with mature trees and plentiful birdlife.

There is evidence of Saxon architecture in the walls of the church, which is Grade II listed. However, the building was heavily restored in Victorian times by the Revd. Walker Featherstonhaugh who was vicar for nearly 50 years. While this meant the loss of many traditional features, like the pulpit and musicians gallery, it exposed others and ensured that the building survived - it was almost in ruins. Two Saxon-type grave covers are built into the walls of the porch and the oldest gravestone in the churchyard is also Grade II listed.

An unusual feature is the stone altar, hidden by the parishioners when such church furniture was banned by Archbishop Crindal in 1571 and reinstated when the building was restored. Some of the stained glass windows are also unusual and the vestry at the west end of the nave is built of a mixture of materials from religious buildings around the country.

Hover your cursor over the symbol see the facility name or view the key to facility symbols.